Well that’s January done and dusted, and with some cash back in the pocket, it’s time to invest in new rubber for the new year – before Valentine’s Day flatlines the credit card again!

February is normally about reassessing finances and setting new budgets in the face of increasing prices across all markets. 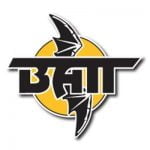 If you’re watching costs, allow me to introduce you to the exciting new range of BATT road bias tyres. Why? Because the quality to price ratio really makes sense – especially if you still need to buy roses from Netflorist too (I have four humans of the female persuasion at home, so my only option come February 14th is midnight shopping in Tannie’s rose garden down the road!). 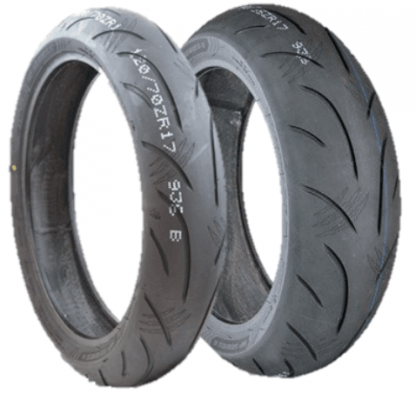 But back to the new BATTS… The road range was launched in May 2019 and the track slicks in July of the same year. As with any new product on the market, motor journos were keen to put them to the test, taking BATT tyres out onto the open road and around the track. I’m convinced they do this more for the adrenalin rush of not knowing if the tyre is going to hold at 299km/hour than for the actual assessment and write-up that must follow – assuming they survive their time in the saddle, of course! Fortunately for us, the test pilots who were brave enough to try the new rubber all lived to tell the tale – so it was a great start for the BATTS!

The range we’ll look at here are the BATT HP2s i.e. the Batt High Performance Series 2 which are described on the website as:

This tyre’s design and development focus was on providing the serious sport commuter with a product that caters for weekday commuting, with a highly durable dual compound that’s harder in the middle to improve mileage and a tread design that ensures grip in the wet and dry. The construction was also planned to give confidence to hit twisties hard on weekends with a steel belt radial construction that improves stability at high speed, plus the side walls are flexural to increase comfort on bumpier roads. 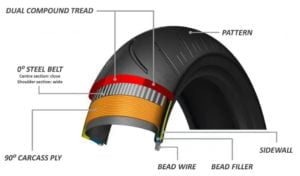 The infamous Donovan Fourie and Harry Fisher from the popular Bike Show ran this road tyre on a KTM in the Phakisa MRA 8 Hour Endurance Race against top race pilots on the latest track tyre offerings and achieved a very respectable 5th podium finish, which clearly proves a point about the capability of this purely road-biased tyre. 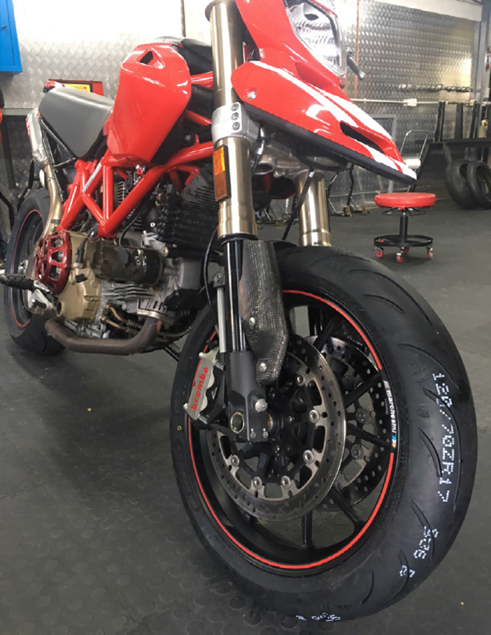 Obviously, there’s not much on the net about new products that are still establishing themselves in the marketplace, so we went looking for riders who’ve been using the HP2s to get their feedback. Clint Vosloo – who lives where we’d all love to spend a lot of time, close to the infamous Sabie Long Tom Pass and 22 – had this to say:

“I have used mostly the Pirelli Angel ST, then GT tires and a Metzler occasionally.

Just a word on the Pirelli and Metzler: the former especially is fantastic on the Busa with very predictable slide characteristics; it gives the best grip in the dry on sport touring tyres with good life span.

The Metzler too gives good grip, a little less in the dry but slightly better in the wet, also with around 2000kms of really hard riding, with slightly less feel than the Pirellis though.

I was hesitant to purchase the BATT tyres, you know how we bikers tend to stick to what we know, but at the price I would have been foolish not to try them.

On the first run on the infamous 22 I was almost instantly satisfied with them, the smaller bikes would normally give me a very hard time on the touring tyres, but with the BATT tyres I had instantly more grip with lean angles I would normally avoid on the Bus. 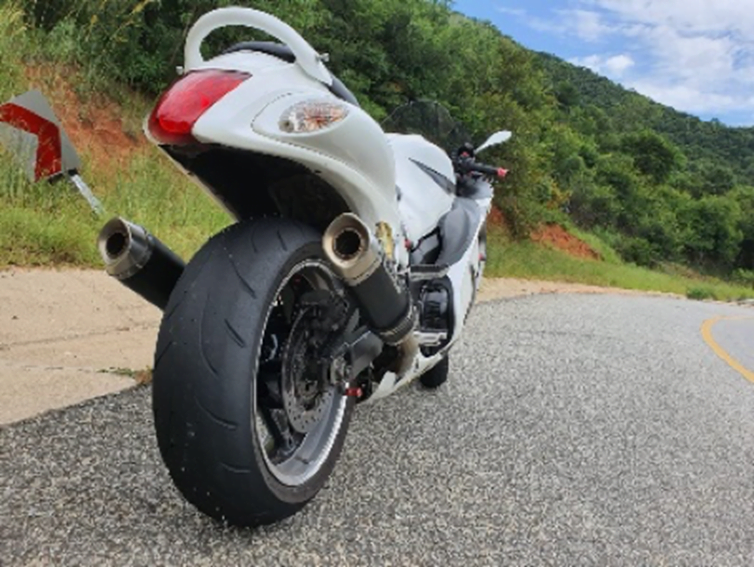 The true test though was the mileage I would get, always a secondary concern when living in the curvaceous Slowveld, but at the price of the tyres it had to be considered as there are no prizes or cash waiting at the finish line.

Well the tyres did the talking and more than a few guys, mostly already converted to the fair offerings on tyres, made the move to BATT tyres.

I mostly run 2 up, yup even on the 22 at full flight, and of course the longer more flowing bends that tend to eat the middle away, which was more the case over the festive season as my fiancé wanted to enjoy the time off rather than hang on for dear life.

The pics you see are my first set, since I will be getting another set for sure, and are around the 2000km mark.

Please keep in mind we hardly ever cruise with this crazy bunch up here, naturally of course, you just can’t help it on these roads.

The pic of the fairing scrapes are a scary testimony to the grip at lean, I couldn’t believe it either, but it sure converted a fair few of the sceptics in the Fastveld.”

Always good to get unbiased rider feedback as opposed to just relying on the marketing angle of the brand!

So, bottom line, the versatility of this tyre fulfils more than one riding style and requirement i.e. they are a good choice for the daily commuter due to the longevity and street performance, and for the riders who want to put the knee down on the turns or take the bike round the track on a fun day, they could be an option.

These tyres are also very well priced in the market for what you get, so I’m going to pop a set on the RC8R and go and test Clint’s feedback on them on the 22. 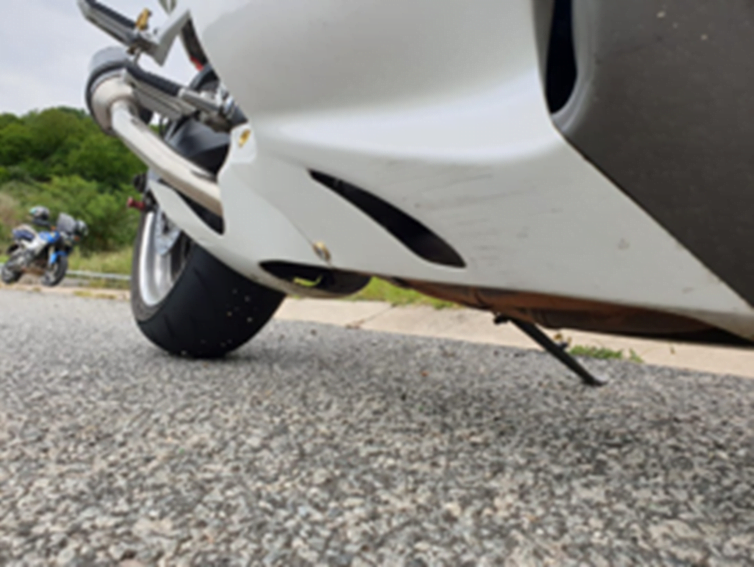 Enjoy and ride safe out there.